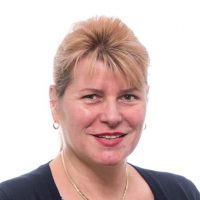 Carolynne Jane Vaizey was educated at Cape Town University and then trained in General and Trauma Surgery up to Consultant level in Johannesburg. On returning to this country in 1992 she worked as a Colorectal Surgical Fellow in a District General Hospital and took the UK surgical examinations. She then took up a research post at St Mark’s Hospital to obtain an MD through the University of London.

She is the Chair of the European Society of Coloproctology’s Guidelines Committee and a member of their Executive and Research committees. She Chairs the Committee for Commissioning Guidelines for Faecal Incontinence for NHS England and has been a core member of the Clinical Team advising NHS England on Intestinal Failure Services in England.