Today, Tuesday 3rd December 2019 marks Giving Tuesday. This is a day where, after the consumerist chaos of black Friday and cyber Monday, attention is focused on charities.

We want to raise awareness of St Mark’s and all the incredible research that is undertaken at this unique institution, which is made possible thanks to the support of our loyal donors.

Thanks to their continued support we are able to  fund pioneering medical research and help create a future free from the fear of bowel disease.

This Giving Tuesday we want to shine a spotlight on our patients, to emphasis just how integral the work that is undertaken at St Mark’s, the UK’s National Bowel Hospital is for people like Alan.

It is an honour to be able to share with you Alan’s St Mark’s experience.

I am Alan, I am 72 years of age and this is my experience of battling cancer. 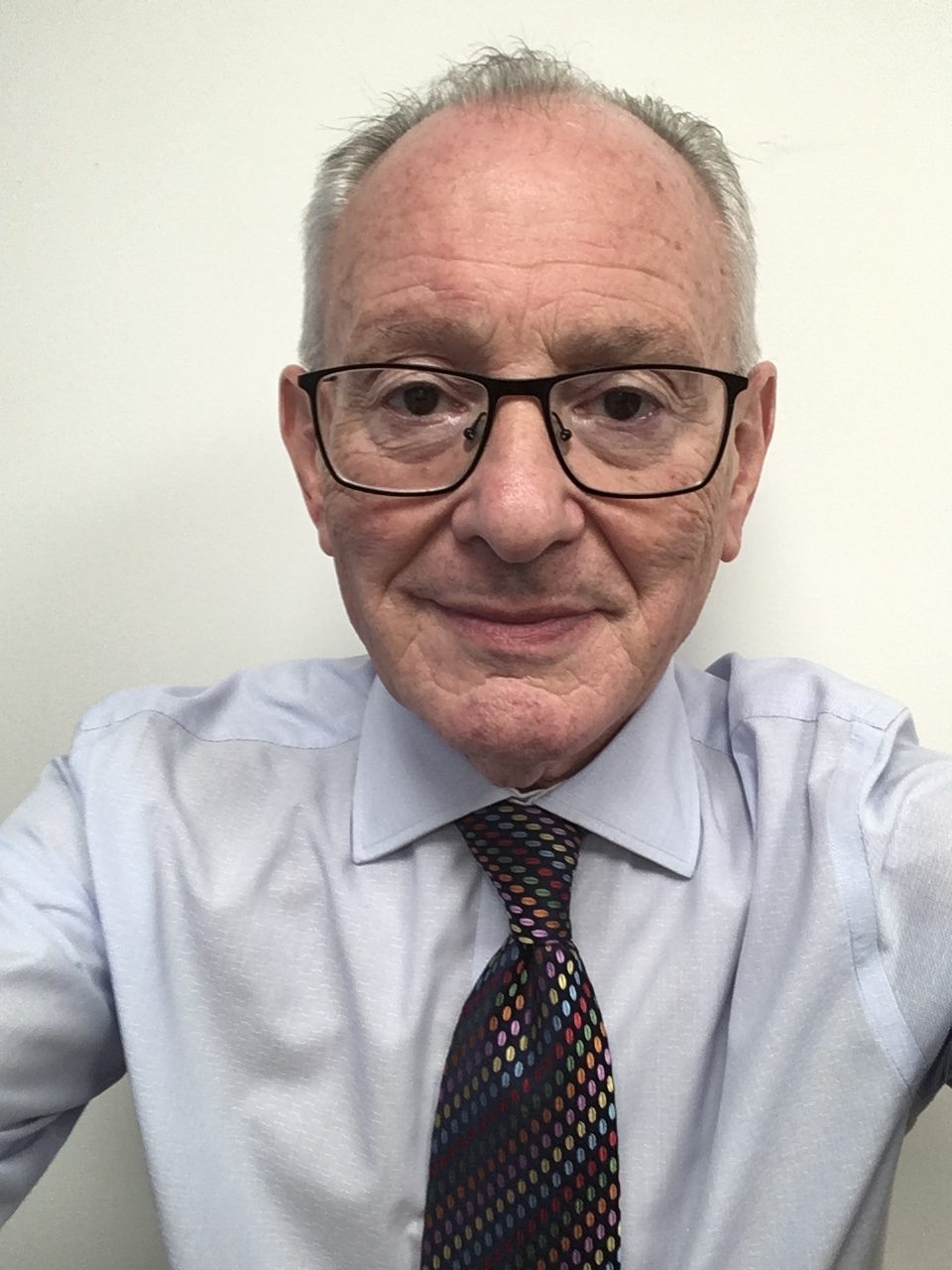 In April 2018 my wife and I celebrated her 70th birthday abroad. I immediately knew something was wrong when I saw traces of blood when I went to the toilet.

I still find it hard to understand why I was not terrified; rather I was just highly surprised! I confided in wife who remained calm and re-assuring.

When we returned home from our holiday, I went to see my GP who immediately referred me to St Mark’s. I wish to say at this point, that I was exceptionally impressed, and I am deeply indebted to St Mark’s for the highest quality of care and responsiveness I received from them, at all times and at every level. I was confident that I was in the best hands at St Mark’s and I was treated with compassion from dedicated staff. It is evident that they have the patients best interests at the forefront of their minds, and this greatly reduced any fear regarding the processes I was to experience. Can you imagine the peace of mind that gave me?

Additionally, Macmillan nurses were on hand to reassure me, provide useful input and relevant literature so that I was farmiliarised with the various procedures that lay ahead. They were more than accommodating, providing contact numbers in case I ever needed to speak to someone. I particularly want to thank Anna and Monal at St Mark’s as they always responded promptly and helpfully.

Following an initial consultation with a surgeon I had a ‘flexible sigmoidoscopy’, which highlighted and I quote a ‘lesion in the rectum of approximately 8cm above the anorectal junction’. I was shown it on screen during the procedure and I silently cursed the wretched thing with an array of expletives.

Here was the reality: I had rectal cancer. When I was informed of this, my mind was totally fixed on my wife, children and grandchildren. I kept thinking that I might only be able to see and enjoy them for a limited time. Did I have any future ahead of me and what quality of life would I have?

To remove my cancer, I would have to undergo surgery, and a temporary loop ileostomy would have to be created and a stoma. I had my four-hour operation in July 2018 to remove my cancer. Afterwards I was moved to the Frederick Salmon ward where I shared a room with seven other men. We shared personal experiences of having cancer and openly discussed our individual treatments. This, I strongly feel gave us mutual comfort and hope.

I was now adjusting to the practical and psychological effects of having a stoma and learning to change the bag myself. My primary thought was I had a life in front of me. The stoma was just part of it, not dominating it and something I would get used to. Fortunately, I knew at least three friends who had worn bags for many years who were all able to conduct normal lives without any outward signs of their bag. Their encouragement and counseling all along the way was invaluable.

My friends cautioned me with their food blockage stories, so I had to discipline myself not to over indulge or consume food and drink that were marked as big ‘no no’s’ on the list the hospital gave me.

My stoma nurse, Azam, was brilliant both then and with the after care she provided. I wanted to go home and return to some form of normal, everyday routine ASAP. Fortunately, the surgeon who took to the ward rounds confirmed that I was ready to be discharged.

Thankfully, after four boring weeks at home I was back at work. I couldn’t understand why my wife was so pleased about that!!! My only hitch was an infection in one of the wounds from the operation. I attended St Mark’s a few times over four weeks for the wound to be cleaned and re-dressed by Sister Nooria and it healed.

When I returned to see the surgeon I broke down when he told me my cancer had been extracted and I didn’t need chemo. At last my deepest emotions erupted into a monsoon of tears of delight. Relief flooded out of every pore. I spontaneously ran round to Mr Jenkin’s side of the desk and gave him a big ‘man hug’. On reflection, the poor chap probably didn’t know what had hit him!!

I was subsequently told that I could have a reversal of the stoma, with the operation-taking place in August 2018.

I try and maintain a healthy weight and I try power walking whenever possible, as well as doing sit-ups and other floor exercises at home to keep myself relatively fit, flexible and mobile. I also owe a lot to the gact that I still work in the West End four days a week so my brain, as well as my body is constantly active, although the people I work with may not think so!

My wellbeing and health are both virtually restored thanks to the care that I received at St Mark’s. I constantly marvel at the countless miracles that they perform everyday, and I owe St Mark’s a debt of gratitude that I can never repay.

Today I feel great both physically and psychologically. My bowel movement is around 95% of what it originally was and is manageable and it is significantly better than I could have helped for. I have been referred to the Biofeedback nursing team with the aim of further improving the functions to my plumbing system. For me, a half a teaspoon of Manuka Honey taken first thing in the morning and last thing at night helps to calm spasmodic eruptions. It works, but is a very expensive routine!