St. Mark’s Hospital boasts a rich and varied history. From its initial inception in Aldersgate Street in the City of London it has led the way in colorectal medicine and surgery world-wide. You can explore our rich history, archive, appeals, photographs and more here.

A history of St Mark’s

Born in Bath in 1796, Frederick was the sixth child of a practicing attorney. When he was a young man he showed an aptitude for medicine and was apprenticed at the age of 15. Once he had served his medical apprenticeship he came to London as a medical student at St Bartholomew’s Hospital. Salmon began to take a ‘special interest in rectal disease’ which, it has been stated, was a consequence of having lived in Bath where ‘patients with intestinal diseases tended to congregate for the purposes of ‘taking the waters’’ (Dukes, 1959:312).

Motivated by his interest in this area of medicine, Salmon set up a specialist charity hospital in 1835. Such institutions were specifically established to help provide the urban poor of Victorian society with access to medical treatments. 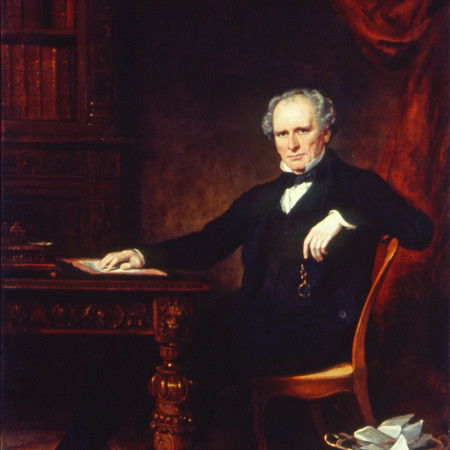 Benevolent Dispensary for the Relief of the Poor Afflicted with Fistula, Piles and other Diseases of the Rectum and Lower Intestines

Salmon’s specialist hospital was named the ‘Benevolent Dispensary for the Relief of the Poor Afflicted with Fistula, Piles and other Diseases of the Rectum and Lower Intestines’. The hospital was principally an out-patient dispensary, located at Aldersgate Street, City of London (Granshaw, 1985:1). In the first year the new infirmary treated 131 patients for fistula, piles, rectal stricture or prolapse.

Due to the growing demand for treatments, the hospital moved to larger premises at 38 Charterhouse Square which had more beds and improved facilities for out-patients. However, due to increasing demand, coupled with its growing recognition within medical circles, these premises were no longer adequate to meet patient requirements. Hence, in 1851, a site on City Road, Islington, was acquired and construction of a new building began. When completed it was given a new name: ‘St Mark’s Hospital for Fistula and other Diseases of the Rectum’. The official opening of the hospital took place on the feast day St Mark, on the 25th April 1853.

Salmon continued to practice as a surgeon at the newly opened St Mark’s until his retirement in 1859. It was said when he retired that ‘“he could look back with honourable pride upon more than 3,500 operations performed by his hand without a fatal result”’ (1935a:2). This is a discernible feat by modern standards let alone for a surgeon in the 19th Century! This stands as an accreditation of Salmon’s proficiency as a surgeon.

Sadly, Salmon died on the 3rd January 1868. Upon hearing of his death, colleagues at the hospital stated;

‘thus passed from this world a man whose kindness of heart induced…found an institution for the relief of the sufferings of his poorer fellow creatures which will stand an honourable monument to his memory’ (Dukes, 1959:316).

Evidently, the determination, ambition, and good will of Frederick Salmon is firmly imprinted in the ethos of St Mark’s. This is evidenced through the continued commitment at St Mark’s to pioneering research; the raison d’être of the institution. St Mark’s has not diverged from its specialism, rather it has grown to include the treatment of all aspects of bowel disease and bowel cancer.

There are numerous individuals who have dedicated their life to St Mark’s Hospital and have played an integral role in its successful continuation. As a result of these actions, St Mark’s has grown from a charity hospital on the fringes of the Victorian medical establishment to become a world centre of excellence.

In a lecture delivered in 1832 Salmon anecdotally recounted a novel incentive to ensure a patient attended follow up appointments. Salmon rewarded the patient with sixpence in exchange for their attendance, remarking ‘he seldom fails in paying me a visit when his sixpence is due’ (1935a:3). This is arguably the first recorded instance of a ‘follow up department’ (1935b:11). It also provides an insight into the keenness of Salmon as a surgeon, as a man who was wholly committed to his patients, whatever the cost!

Information and resources are also available at the British Library, Euston Road and Boston Spa.

Presented by James PS Thomas, the following documentary was created for the Hospitals 150th year celebrations in 2010.